Adobe in 2017 announced plans to end support for its Flash browser plug-in at the end of 2020. Now that it’s officially 2021, support for the software has ended, and Adobe will begin blocking content from running in Flash Player beginning on January 12.

Flash’s elimination should not heavily impact users because many popular browsers have already moved away from the format. Additionally, iPhone and iPad users are not affected by the change, as iOS and iPadOS have never supported Flash.

Apple co-founder and former CEO Steve Jobs offered his “Thoughts on Flash” in a 2010 open letter, criticizing Adobe’s software for its reliability, incompatibility with mobile sites, and battery drain on mobile devices. Jobs also said that Adobe was “painfully slow to adopt enhancements to Apple’s platforms” and further innovation from Apple would not be hindered by a “cross platform development tool.”

In the past, Adobe’s Flash Player had continually suffered from vulnerabilities that exposed Mac and PC users to malware and other security risks that caused vendors like Microsoft and Apple to work tirelessly to keep up with security fixes.

Since Flash Player will no longer receive updates, Adobe recommends that all users immediately remove the software “to help protect their systems.” 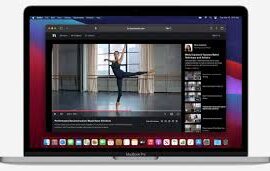