According to David Price, Macworld.co.uk

Apple has applied for a patent concerning a system of ‘3D position tracking for panoramic imagery navigation’, prompting Apple fans and analysts to speculate that iOS 7 will see Apple’s Maps application get a feature to rival Google’s Street View.

“Position tracking subsystems and onboard sensors enable a mobile device to navigate virtually a location in panoramic imagery. Physically moving the device through space provides translation data that can be used to move up or down a virtual street or other navigation actions.”

Technology-related patents are often difficult to interpret in terms of real-world functions, and Apple is well known for patenting many concepts that never see the light of day as a commercial product. But Apple fans believe this refers to a service that will let you ‘walk into’ a map and view houses and landmarks from street level. (One alternative theory is that this will appear in the oft-rumoured iCar.)

Apple Maps already has a 3D feature in Flyover, which lets you view landmarks from the air, but this was more useful for showing off than for actually navigating or planning journeys. Street View, on the other hand, is popular for both curiosity (looking at each other’s houses is a popular pastime in the Macworld UK offices) and for trying to work out what your destination looks like on the ground.

So a feature of this nature would be nice to see in iOS 7. But a few people have pointed out that Apple might want to fix the glaring errors before worrying about adding features. 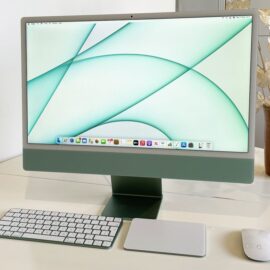